The Power of Diversity of Thought 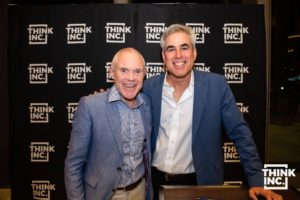 I was recently at an event where one of my favourite authors and thought leaders, Jonathan Haidt, was speaking. Haidt is the author of excellent books like the Righteous Mind: Why Good People are Divided by Politics and Religion and The Happiness Hypothesis. Haidt to me is a true centrist. The left see him as conservative and right wing and the right see him as left wing and progressive.

The premise of Haidt’s talk is that moral outrage and holding on to our views too highly stops us from making progress on the big issues. How do we let go of our ideology and our tribalism and have empathy for the other side to find the ideas that work? If we want to be effective in making change then we need to humanise the ‘other side’ rather than demonise them.

I know this is difficult for people to embrace. It is much easier to see negativity in the other side. Our unconscious bias seeks our data to confirm our views and disconfirm the views of others. We surround ourselves with people who think like us and avoid those who have a different perspective. We talk at those who oppose us rather than seek to deeply understand them. I am reminded of a comment by Brett Stephens, the conservative writer for the New York Times who said in a recent interview:

“The pre-condition for disagreement is listening, comprehension, and even have some empathy…Once you have profoundly understood what the other person is saying, then you can disagree. Otherwise you are not disagreeing, just talking past the other person and descending into ‘what aboutism’ to shift the argument..”

Haidt went on to say that diversity is not always about looking different but thinking differently. This statement is also similar to the work of Reynolds and Lewis in their excellent HBR article “Teams Solve Problems Faster When They’re More Cognitive Diverse”. They found in their research there was no correlation with diversity such as age, gender and ethnicity with team performance and creativity. What they found with successful teams was the importance of cognitive diversity. They define this as the difference in perspective or information processing styles. In other words, how do individuals think about and engage with new, uncertain, and complex situations.

If we think about the big uncertain and complex issues facing organisations or even society then we need to tap into all perspectives rather than stick to our point of view or our ideology. The us and them mentality won’t help us progress.

In my previous article on psychological safety I talk about embracing the ‘no’ or the importance of understanding those who disagree with you. It’s not easy when it’s a values clash but all the big issues are a values clash. Whether that be gun ownership in the US or immigration or climate policy here in Australia. Holding on too tightly doesn’t help us if we want to move forward.

So how could you embrace a different perspective?

• Switch perspectives. This is a role playing exercise where the two parties put themselves in each others shoes and argue the benefits and rationale of the other view. If I believe A and my colleague believes B then we swap and argue for the other side. This helps to better understand the perspective of another.

• Deeply listen and understand the perspective of another. Ask questions. Show empathy. What motivates them around the issue? What is the meaning behind their views? Listen to learn and listen to truly hear what they are saying.

• Don’t immediately contradict someone or assert your view. Find something you agree with them on first.

• Recognise your biases. Our brain seeks out data to confirm our narrative and existing view. Recognise that you will do that and seek to find contradictory data. Surround yourself with people who are different to you rather than gravitate to people who think the same as you.